Most Flooded Parts of the UK

The first months of 2020 saw the UK battered by multiple storms which in turn brought will them detrimental flooding across various areas in the UK. Over the course of around a month, the UK witnessed multiple storms which brought extreme winds, mass rainfall and severe damage in places. Unfortunately, some areas in the UK are more prone to flooding than others and will likely suffer flooding on a more regular basis; especially when the weather is as extreme as it has been in recent times.

The most flooded parts of the UK generally have a few things in common; they will either be located near a river, the coast or be at risk of surface water. In this article we’ll be taking a look at some of the places across the UK which are at the most risk of flooding along with some of the ways to prevent future flooding, as well as the future of housing projects in high risk areas. This list is by no means exhaustive but touches on some of the core areas across the country that are likely to suffer.

You can find out if your areas is likely to flood in the future, if you are at immediate risk of flooding or flooding in the next 5 days by signing up for flood warnings.

Due to rising sea levels, tidal flooding is becoming more of a risk in recent times. This type of flooding can result in the gradual destruction of sea defences and the impact of coastal erosion can cause the homes closest to the sea to be lost over time.

In the February 2020 floods many Cornish and Devonshire towns were hit hard by flooding. Roads across the two counties had been flooded as a result of torrential rain and the Torpoint Ferry services had to be suspended due to extreme flooding. Many homes and businesses were damaged in the floods which hit the region hard.

In 2013, there were tidal floods on the east coast which caused damage across towns such as Norfolk. The floods saw homes falling as a result of coastal erosion; with seven homes collapsing in Hemsby, Norfolk. In addition to this, Whitby also had many homes flooded as the worst ever storm surge recorded at that time hit many coastal towns.

Many UK towns and villages were built on riversides, which now means unfortunately they are at high risk of flooding when UK weather takes a rainy turn, which seems to be all too often. This happens due to tidal surges coming upriver from the seas as well as significant rainfall causing rivers to burst their banks.

When Storm Dennis arrived in the UK in February 2020 the country saw many severe weather warnings; of these eight severe warnings, four of them were for locations along the River Severn. They were in New Street in Upton on Severn, Wharfage, Uckinghall and Waterside, as well as in Upton on Severn. People in these areas were warned by the Police to leave their homes due to the rising levels on the River Severn.

In the same group of severe weather warnings was the River Trent at Burton upon Trent. Families in Staffordshire were warned that the flooding could pose ‘danger to life’ and it was suggested the flood could breach the flood defences. Residents were warned that they should have relevant insurance and be ready to leave the area should they need to.

On the River Wye there were 2 spots which were included in the severe warnings for Storm Dennis; Blackmarstone, Hereford and Hampton Bishop. During this time the River Wye reached its highest level and peaked at more than six metres. Residents said they had ‘never seen anything like it’.

Other Areas at Risk

It is not just rivers and sea levels which can cause flooding in the UK, especially when heavy rainfall hits. Surface water flooding occurs when flooding through excessive rain or flood damage to drains caused by rivers bursting their banks affects drainage infrastructure. This in turn then causes what is know as flash flooding. This happens generally in areas with high demand on drainage systems. Areas at risk in the UK of flash flooding include:

One of the best ways to deal with flooding risk is to be aware of flood risks in your area and then minimising the risk. As previously mentioned, you can monitor the flood risk in your area on the Gov.uk website. If you live in an area which is at risk of flooding, you can invest in flood defences for your property or business. You can buy permanent flood defences or hire them for when you’re most in need. Flood defences can range from sandbags to flood barriers.

It is also important to check whether your home or business insurance includes flood protection in order to ensure you are protected.

The Future of Housing Projects

There have been several reports, following the floods caused be Storm Dennis and subsequent storms, about how there are plans to build 11,410 new homes on land which the government considers to be high-risk across seven counties which have experience severe flooding recently. This is causing people to reach out to the government to review its housing strategy as insurers warn that building on these high-risk sites is dangerous. There have been calls for the government to review this risk to new housing and consider not building on such high-risk sites.

The BBC reported in March that campaigners in Wales are calling for housebuilding to stop on flood plains. The government has reassured people that no properties are to be built on areas deemed to be high risk and they are in the process of strengthening their planning policy.

Unfortunately, the storms which hit the UK in February 2020 mean that the majority of the country are going to be recovering from severe flooding once again and further flood defences need to be considered in order to protect homes and businesses from future damage.

A Guide to Pumps, Dryers and Dehumidifiers 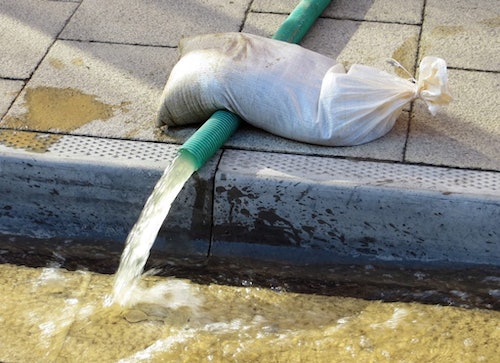 As we’re moving into the cooler months, and rainfall is becoming increasingly heavy it is essential to understand how you can use pumps, dryers and dehumidifiers to help you overcome issues associated with 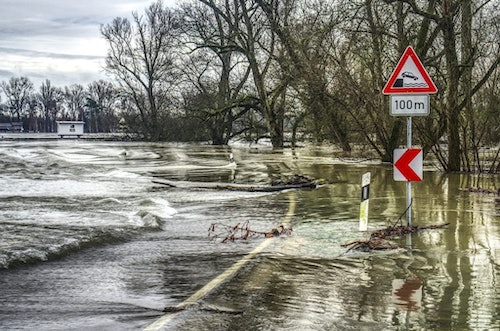 A rise in the water table during heavy rainfall puts a number of UK properties at risk of flooding. It is reported that around 5 million people in England and Wales live in a flood risk area; and 77,000 properties in Scotland are at risk of inland flooding. There are generally two types of flooding which can occur; groundwater flooding and surface water flooding. Although the two are different they are often interlinked, and one can often cause the other. Flooding can cause irreparable damage and result in massive financial costs for governments and individuals, so we are always looking forways of prevention but first it is important to understand why these things occur and where is most at risk.

Coping with The Aftermath of a Flood 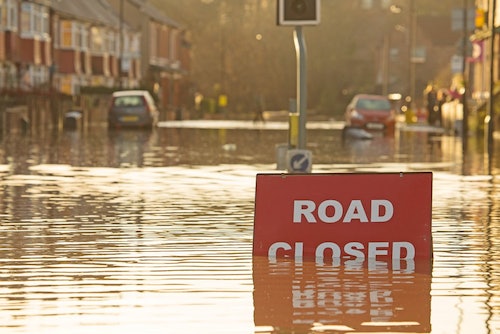 Heavy rainfall isn’t just confined to the winter months. In the UK there is no guarantee that we will get a dry summer; usually we will get a mix of weather which typically includes rain. Rainfall can be, and has been, just as heavy in the summer as it is in the winter which can lead to flooding. Flooding can be devastating for many and it leaves behind a lot of problems; both physical and emotional. For anyone that has experienced a flood, it can take a long time to recover; so, knowing the necessary advice for coping with the aftermath of a flood is important. We hope this article helps with the steps for coping after a flood and with preventing flooding in the future.