How to Prepare Your House for the Winter

There’s an old fable, from the grand master Aesop himself about the grasshopper and the ant. It’s a fairly common story, with adaptations throughout the ages, so you’ve probably heard it before. If you haven’t, it goes a little like this.

All summer long, the ant prepared for the colder months by preparing his home, reinforcing it against the elements, and stocking it with food. He worked diligently through the autumn harvests, and all the while lecturing the grasshopper on his frivolous ways. The grasshopper, you see, partied the summer away and wasn’t in the least bit concerned about the cold weather around the corner. (Nor should either insect actually be; after all, they both have an average lifespan of less than 90 days.) As the frosts cover the earth, the grasshopper realises the error of his ways and begs for a space in the ant’s home and at his hearth. The whole point of the story is that you need to plan, save and think ahead.

Oddly enough, there have been different tag lines attached to the different versions of the fable. In some cases, it’s “to work today, is to eat tomorrow.” In other versions, it’s the slightly more ominous “beware of winter before it comes.” In any case, most people have already realised that life isn’t one giant amusement park (and these days, you probably need to save and plan to afford a day at one). But that doesn’t mean everyone knows just how to get through the dark days. In fact, there are likely to be more people that can retell the story of The Ant and The Grasshopper than there are people who understand the complexity of saving for retirement.

And, of course, when you look at the way so many families were devastated by the recent economic downturn, you can see that this ancient story can still serve a purpose today; especially as most people have a lifespan closer to 90 years than 90 days.

When it comes to the literal preparation of a home to last through the winter months, there is still something to be learned from the busy little ants we so carelessly squash when we find them in the kitchen.

Fortunately, we’re not ants. (We’re also not worker bees, however, much it feels like it sometimes.) This is fantastic news because it means we don’t actually need to build our homes, or the roads to get to them. Alright, maybe you are lucky enough to have built your dream home, but there’s every reason to believe that you didn’t have to tunnel through the earth using your hands and mouth to move the soil. And, thank goodness for that.

But, there is a certain amount of pre-production that goes into a home before the winter. It’s not just about stocking up with food anymore. (Though it’s not a bad idea to have some extra food in the freezer.) There are many handy tools you should have to hand in case of emergency. Check your inventory for torches and electric screwdrivers – the sort of things that you need on hand in case there’s a power cut, or a winter storm. You should also ensure that you’ve got indoor and outdoor ladders to make any repairs that may be urgently needed. These also help for just changing light bulbs in those elevated lighting fixtures, after all you’ll need to generate your own light as the sun sets earlier in the day.

Reinforcing Your Home against the Elements

You can imagine what it takes to keep warm in tunnels underground; it doesn’t seem like a whole lot of fun – even when you’re just imagining it. Along with homes that are pre-built, you’ll find that nearly every one of them has a roof and some form of insulation against the elements. But, weather can be something of a big, bad wolf that can huff and puff and blow your house down if you’re not careful. Built to last actually means, built to last as long as you do your bit.

If you need to make any structural repairs, you’ve got to do it before the temperature drops; otherwise you’re setting yourself up for a major disaster. Take a walk around your entire property and check for cracks in windows and walls. If you have under-floor or central heating, switch them on check that they’re working. You’ll also want to take a look in the loft to ensure that your roofing and insulation is in order. That’s another brilliant use for a ladder, and it may also serve as a great excuse to get some lovely new toys, erm, tools.

Ants tend to move in packs, crawling over each other, and huddling together for heat and rest. Most humans genuinely appreciate a lot more space. Oh, it’s one thing when you’ve got your kids crawling all over you, but it’s not actually like we want the neighbours and their cousins and the lady down the street to join in. Fortunately, most people have the luxury of individual space, however small we think it may be. And once we’ve stocked up and reinforced the structure against the winter winds, then it’s time to heat it.

Now’s the time to get any space heaters that you may need, including patio heaters so you can enjoy many more nights under the stars before you retire indoors. You’ll also need to stock up on soft luxuries like cosy blankets and throw pillows. And, if you’re finally ready to put down some new carpeting, now might just be the best time to invest.

… And just one more thing

There’s one lovely thing about the grasshopper and the ant. In every version, the grasshopper comes calling when winter hits. And even though you may think he’s a bit lazy, you should probably invite him inside. It’s not because you support his inability to prepare his home for the winter; it’s simply because it’s always satisfying to show off your beautifully warm home, isn’t it?

How to Care for Summer Wildlife 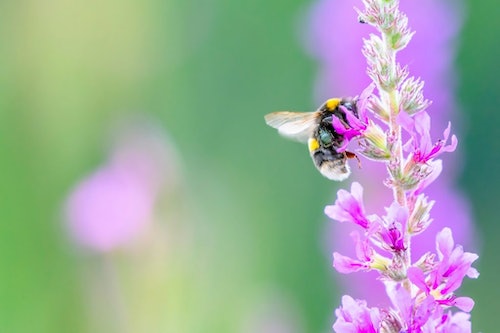 It is important to take steps to care for the wildlife in your garden all year round, however in summer it can be even more important. Much like humans, the wildlife we find in our gardens can find the hot weather a struggle throughout the summer months. As we all know, we see a lot more wildlife during spring and summer so it is important to know and understand what we can do to help and care for them. This includes things such as making sure you have enough fresh water on offer; both for drinking and bathing. 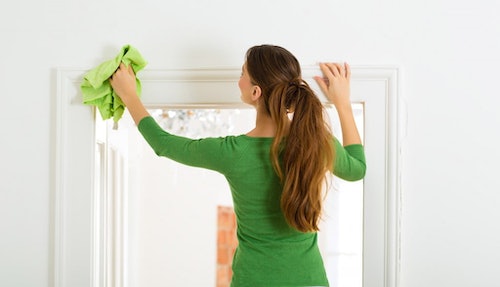 Lastly, whilst you’re getting stuck into your cleaning and DIY jobs why not have a rearrange of your furniture. You’d be surprised how just moving some items around can make your home feel like new. 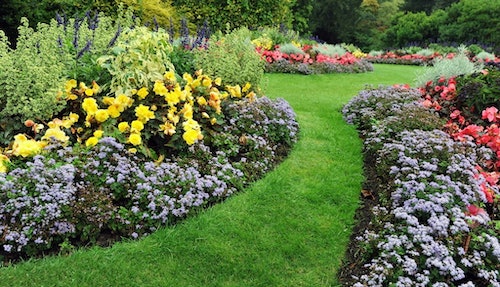 It can be easy to get overexcited as Spring hits, especially in the world of gardening. This can often involve going overboard when buying new gardening tools or equipment, which can be a costly process, so it’s important to carefully consider which tools you need to buy and what can be hired as and when it’s required. Buying unnecessary tools and equipment isn’t only not particularly budget friendly but it can cause you to become inundated with tools and equipment which will cause overcrowding in your shed or garage. Because of this, it is important to consider what tools are essential and which may be better being hired from time to time.